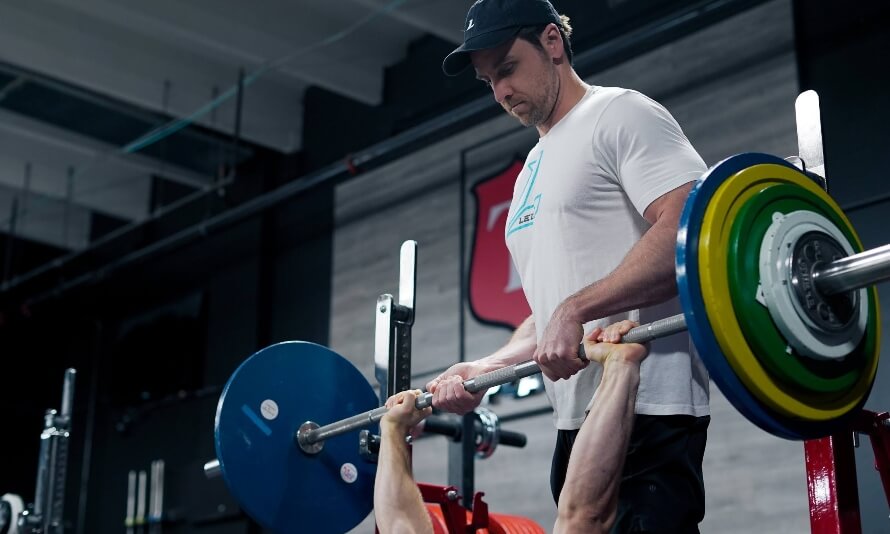 
It’s estimated that there are over 2+ million scientific papers published each year, and this firehose only seems to intensify.

Even if you narrow your focus to fitness research, it would take several lifetimes to unravel the hairball of studies on nutrition, training, supplementation, and related fields.

This is why my team and I spend thousands of hours each year dissecting and describing scientific studies in articles, podcasts, and books and using the results to formulate our 100% all-natural sports supplements and inform our coaching services.

And while the principles of proper eating and exercising are simple and somewhat immutable, reviewing new research can reinforce or reshape how we eat, train, and live for the better.

Thus, each week, I’m going to share five scientific studies on diet, exercise, supplementation, mindset, and lifestyle that will help you gain muscle and strength, lose fat, perform and feel better, live longer, and get and stay healthier.

This week, you’ll learn how weightlifting helps you burn fat faster, how broccoli might help you recover better, and how following the carnivore diet impacts your health.

Most people assume that weightlifting helps you lose weight because it increases the number of calories you burn. And while this is true, research conducted by scientists at the University of Nebraska-Lincoln shows that there’s more to it than that.

In this study, the researchers had 6 men and 4 women aged between 26 and 50 years old give a blood sample and muscle biopsy from the vastus lateralis muscle (a quad muscle). Then, they performed 4 sets of 7 reps of the leg extension and leg press with 2-minute rests between sets and a 5-minute rest between exercises.

Thirty minutes after the participants had finished performing the exercises, the researchers took another blood and muscle sample, then analyzed and compared the pre- and post- workout samples.

The results showed that when we lift weights, our muscles release a special type of cell into our blood called extracellular vesicles. As these special cells leave our muscles, they carry with them strands of genetic material called miR-1 which they then deposit in neighboring fat cells.

Importantly, when miR-1 is in muscle tissue, it hinders muscle growth, but once it’s deposited in fat cells, it hastens fat burning. In other words, this study showed that lifting weights causes subtle shifts in the expression of certain genes that accelerate muscle growth and fat burning.

The Takeaway: When we lift weights, our muscles release special cells called extracellular vesicles, which remove genetic material called miR-1 from muscle cells and deposit it in fat cells, and this partly explains why weightlifting boosts muscle growth and fat burning.

Most people don’t think of vegetables as “muscle-building foods,” but this study conducted by scientists at Kobe University suggests that maybe we should.

In it, the researchers wanted to assess how sulforaphane—a compound found in cruciferous vegetables such as broccoli, Brussels sprouts, and cabbage—affects muscle damage and recovery after training.

The researchers tested the bench press one-rep max of 10 men, then randomly assigned them to either a sulforaphane supplement group, who took 30 mg of sulforaphane per day, or a placebo group.

After one month, the participants returned to the lab to retest their bench press with three sets of eight reps. They also gave blood samples 30 minutes and 24 hours post-exercise, which allowed the researchers to measure levels of two markers of muscle damage and inflammation: creatine kinase and interleukin-6.

The participants then switched supplementation protocols (the original sulforaphane group started taking a placebo and vice versa) for another month, then returned to retest their bench press again.

This isn’t grounds to start scoffing broccoli ahead of whey or casein, but it’s a reminder that building muscle isn’t all about protein—fruits and vegetables can also support your recovery, too.

The Takeaway: Eating cruciferous vegetables that contain sulforaphane may help to lower blood markers of muscle damage and inflammation, which should improve recovery from training.

Source: “Dispelling the myth that habitual caffeine consumption influences the performance response to acute caffeine supplementation” published on July 1, 2017 in the Journal of Applied Physiology.

Most people know that the invigorating effects of caffeine wane with regular consumption, but does this mean that pre-workout supplements that contain caffeine are less effective for regular coffee drinkers?

That’s what scientists at the University of São Paulo wanted to ascertain when they studied 40 male cyclists whom they split into groups depending on their habitual coffee consumption: low (2-to-101 mg per day), moderate (104-to-183 mg per day), and high (190-to-583 mg per day).

(For reference, a typical 6-ounce cup of black coffee has 68 mg of caffeine, although this can vary depending on the beans and preparation methods).

For the study, the cyclists performed three cycling time trials an hour after consuming six milligrams per kilogram of body weight of caffeine, a placebo, or nothing (this would be about one full serving of Pulse for most people). The results showed that supplementing with caffeine increased the cyclists’ performance to a similar degree, regardless of how much coffee they regularly drank. In other words, the study showed that the performance boost you get from caffeine doesn’t diminish if you regularly consume coffee, at least for endurance athletes.

These results go against previous research, which found that caffeine improves physical performance, but the effect ebbs if you habitually consume coffee.

What’s different about these studies and the present study, however, is the previous studies arrived at their findings when habitual coffee drinkers were given an amount of caffeine they were used to drinking.

Thus, judging by the results of this study and the weight of the evidence overall, it appears coffee’s performance-enhancing effect isn’t tempered by regular consumption, provided you have more than you’re used to on training days. That said, while you can boost your performance by taking a large dose of caffeine, the benefits still probably decline over time (as occurs with smaller doses).

(And if you want a clean, delicious source of caffeine that also contains five other ingredients that will boost your workout performance, try Pulse.)

The Takeaway: Caffeine improves athletic performance in everyone, but if you consume caffeine regularly, you’ll need to ingest more than usual on training days to get a boost.

The carnivore diet isn’t so good for your health.

More and more people have been trying the carnivore diet because of its supposed health benefits, despite the fact that many of the claims made about the diet are still largely theoretical and unproven. Thankfully, recent research conducted by scientists at Boston Children’s Hospital gives us some empirical evidence about how eating only meat affects your health.

In this study, the researchers conducted a social media survey of 2029 participants who’d been following a carnivore diet for an average of 14 months, mostly (93%) for health reasons. The vast majority of participants (95%) were satisfied with their diet and felt their health and body composition had benefited from avoiding plant foods.

A closer look at some of the health markers published in the study tells a different story. The most concerning results were the participant’s LDL cholesterol and coronary artery calcium (CAC) levels. CAC is a measure of the amount of calcium deposited in your blood vessels, and it’s a marker of plaque buildup (atherosclerosis).

The results showed that the participants’ average pre-diet LDL level was 139, while the average post-diet LDL level was 169. This means that, on average, their levels went from being considered “borderline high” to “high” in the 14 months since starting the carnivore diet.

Worse still, CAC increased from 183 to 322, which means their risk of all-cause mortality and heart disease increased significantly since they removed plant foods from their diet.

(Unsurprisingly, one of the best ways to decrease CAC levels is to eat more fruits and vegetables.)

It’s probably not worth getting too excited about these results, since they were taken from a social media survey and only 15 participants provided details about their health biomarkers, but it doesn’t inspire confidence in the carnivore diet.

(And if reading this has got you wondering what kind of diet is right for your circumstances and goals, then take the Legion Diet Quiz! In less than a minute, you’ll know exactly what diet is best for you. Click here to check it out.)

The Takeaway: Many people feel their health improves when they switch to the carnivore diet, but in this study, health markers such as LDL cholesterol and coronary artery calcium shot up in participants who followed a plant-free diet for 14 months.

Source: “Presence of Spotters Improves Bench Press Performance: A Deception Study” published on March 29, 2018 in The Journal of Strength and Conditioning Research.

Most people like to have a spotter while they bench for safety, but this study shows it boosts performance, too.

The researchers had 12 recreationally trained men in their early 20s complete 2 workouts consisting of 3 sets of Smith machine bench press with 60% of their one-rep max to failure. In one of the sessions, the participants could see that they had two spotters, but in the other session, their spotters hid silently behind “opaque shielding.”

(The researchers told the participants that the barriers were in place to see if people would perform better with no distractions, but they didn’t know that spotters were standing by should they drop the weight.)

An extra 1.5 reps per set may not seem like much, but if you do 6-to-9 sets of pressing in your chest or push workouts, that could add up to as many as 13 extra reps per workout, and that could have a significant effect on the amount of muscle you build over time.

Thus, having someone to spot you is probably a good idea, both from a safety and performance standpoint.

The Takeaway: Having someone spot you on the bench press increases the number of reps you can perform and makes you feel more confident about how you’ll perform in subsequent sets.